A downloadable game for Windows and macOS

After 4 years BVOVB is re-released as a new version working on Xbox, PC and Mac. Rewritten from scratch (not that Scratch) in Unity and having more levels, more enemies and more achievements! As much as I loved FlashPunk Unity is much more fun. Also instead of animated sprites now game features ultra smooth interpolated meshes.

Bruising Vengeance of the Vintage Boxer

You play as a retired boxer who is looking for his stolen dog. The game follows a classic arcade brawler so prepare to face lots of enemies. Characters and backgrounds are based on old pictures from 1910s, 20s and 30s so this is a true retro game. Play to find:

For players choosing PAD I suggest using A for attack and Right Bumper for blocking. This setup will ease the use of combos.

If you find game too hard change difficulty or just keep playing. There are extra lives bonuses for devoted players. Unlockable enemies backstories and achievements are available in main menu under CAST and FEATS options.

I do not collect any data however as every Unity Personal Edition game it will try to collect and send some hardware information. I suggest to read Unity regulation on privacy, which in particular includes this section:

I play a game that was built with or uses certain Unity software, what should I know?

Unity has collected some or all of the following information about your device: unique device identifiers (e.g., IDFV for iOS devices and Android ID for Android devices); IP address; country of install (mapped from IP address); device manufacturer and model platform type (iOS, Android, Mac, Windows, etc.) and the operating system and version running on your system or device; language; CPU information such as model, the number of CPUs present, frequency, and instruction set support flags; the graphics card type and vendor name; graphics card driver name and version (e.g., “nv4disp.dll 6.10.93.71”); which graphics API is in use (e.g., “OpenGL 2.1” or “Direct3D 9.0c”); amount of system and video RAM present; current screen resolution; version of the Unity Editor used to create the game; sensor flags (e.g., device support for gyroscope, touch pressure or accelerometer); application or bundle identification (“app ID”) of the game installed; unique advertising identifiers provided for iOS and Android devices (e.g., IDFA or Android Ad ID); and a checksum of all the data that gets sent to verify that it transmitted correctly.

Where do you get your backgrounds from?

Most of them come from Library of Congress as part of Heritage Documentation Process, not only they are hi-res but also free.
here's an example: http://www.loc.gov/pictures/item/ny0378.photos.119727p/resource/

Reply
Something206 days ago

Well, iIt may look easy but step outside and start punching people around.

Great game! I would just love to see an option to turn off the blood, it doesn't fit in for me.

Black blood would be awesome, but I played it again (on my small stream) and didn't dislike the red blood anymore. A nice game with fun dialogues.

thanks, glad you liked it!

Pretty good game you got there.  I found it to be rather funny. Too bad I had to be somewhere after I was done recording, so I didn't end up completing the game.

Glad you liked it! 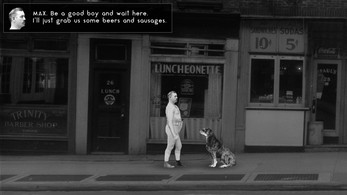 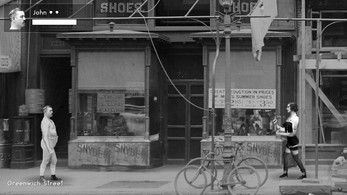